Shopping Cart
Your Cart is Empty
Quantity:
Subtotal
Taxes
Shipping
Total
There was an error with PayPalClick here to try again

Thank you for your business!You should be receiving an order confirmation from Paypal shortly.Exit Shopping Cart

Bamboo Dance is an art form which uses bamboos that are cutted, dried and taped at the ends to protect the hands of the individuals who are beating the bamboo. The dancer (actor) moves by stepping alternatively in and out from between and across a pair of horizontal bamboos, held against the ground by people sitting face to face at either sides. They tap the bamboos, open and close in rhythmic beats. The bamboos, when clapped, produce a sharp sound which forms the rhythm of the dance. It indicates the timing of the dance as well. The dancer steps in and out to the beats of the bamboos with and grace. The patterns and steppings of the dance have many variations. Sometimes the steppings are made in imitation of the movements of birds or sometimes the swaying of trees. With Western Dance Group the dancer (actor) creates very unique movements and often involves members of the audience as apart of the entertainment. 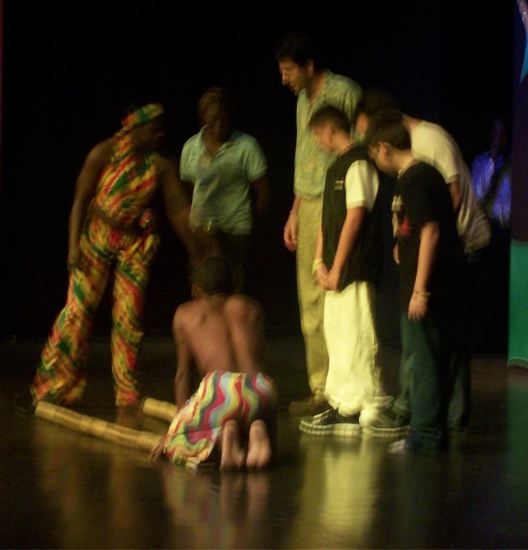